George Hill and All Indy merge as one in Indiana

Two of the most dominant programs in the Midwest over the years have been the George Hill Rising Stars and the All Indy Gym Rats. Competing out of Indianapolis against each other, the two power programs have now merged forces and will be known as George Hill All Indy.

All Indy Gym Rats featured top five teams nationally last year in the 2028 and 2029 classes of youth basketball which included an AAU National Championship. George Hill Rising Stars have been a power player in the game for years and most recently on the Under Armour Association circuit.

This year George Hill All Indy will be independent on the high school level and play on the NY2LA Circuit, which features many of the top teams in the midwest. Elementary teams, new name same game, George All Indy will be a force to be reckon with and have their name plastered across the top 20 rankings in multiple classes.

As the clock gets ready to turn to 2020, go on and make plans to be in Indianapolis in May for the G3 Invitational Tournament. 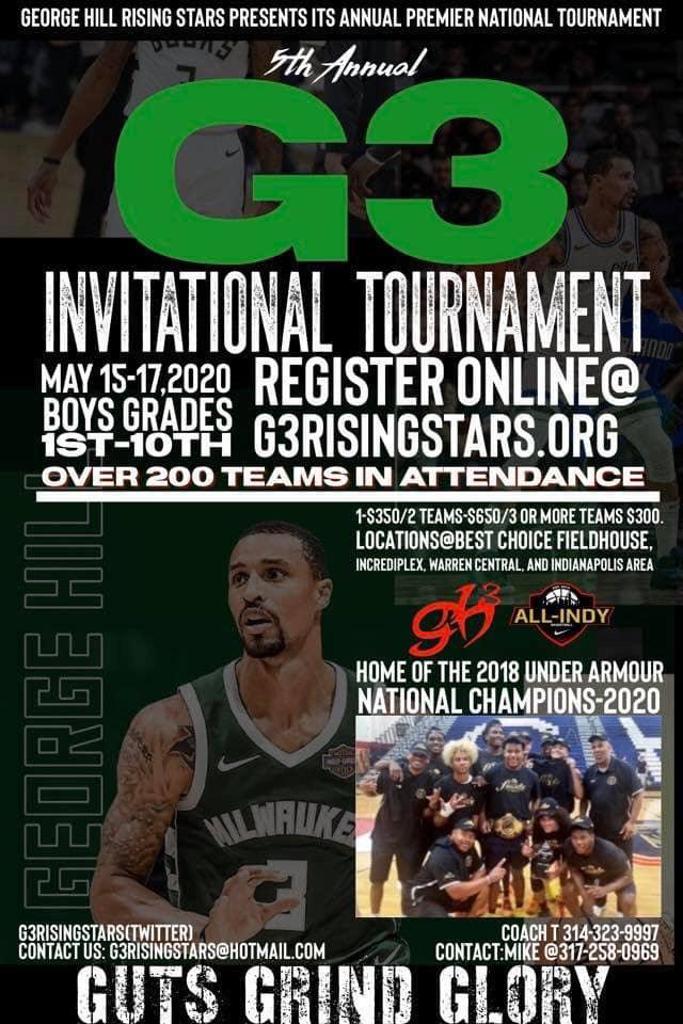