The Empire State has produced many star basketball players over the years and many basketball families. There have been a lot of father - son duo's shine, a lot of cousins shine but the upcoming Watson brothers could be the best brother combo to come out of NYC.

Akil Watson (2023) and Tarik Watson (2024) are both dominating their classes nationally and will be household names in the basketball world. Both now play for the Nike EYBL sponsored New York Lightning which is based out of the Big Apple.

Akil is a 6'7 wing, who has really turned on the last couple of seasons. Akil is considered by some now as one of if not the top wings in the nation. Akil was recently named MVP and the best prospect at the B-Ball Spotlight All American Camp. The elder Watson has great length and guard skills he is a matchup nightmare for anyone guarding him. His length allows him to get his shot off on anyone and disrupt offenses on the defensive end.

Tarik, the current #1 ranked player nationally in the 2024 class,  is only in the 8th grade but has played up all his life. He has a MVP jacket to his resume as well from the B-Ball Spotlight Camp being named MVP in 2018. He is 6'7 and has a college ready body right now and is yet to be promoted to high school. Tarik plays as hard as anyone and is extremely competitive never backing down from competition. Only fourteen years old, he will get between 6'10 and 7'0 when he maxes out. Tarik is a force on the block finishing through contact, rebounding on both ends and is a great passer out of the post for any team wanting to play inside out.

The Watson Brothers teamed up with their new travel team the New York Lightning at the Made Hoops 8th Grade Finale at the Peach Jam in mid-August. They went 2-2 in pool play losing narrowly to AOT and #1 ranked team Takeover Oladipo before going four games in consolation bracket play.

Below is video of each Watson courtesy of Baller TV. 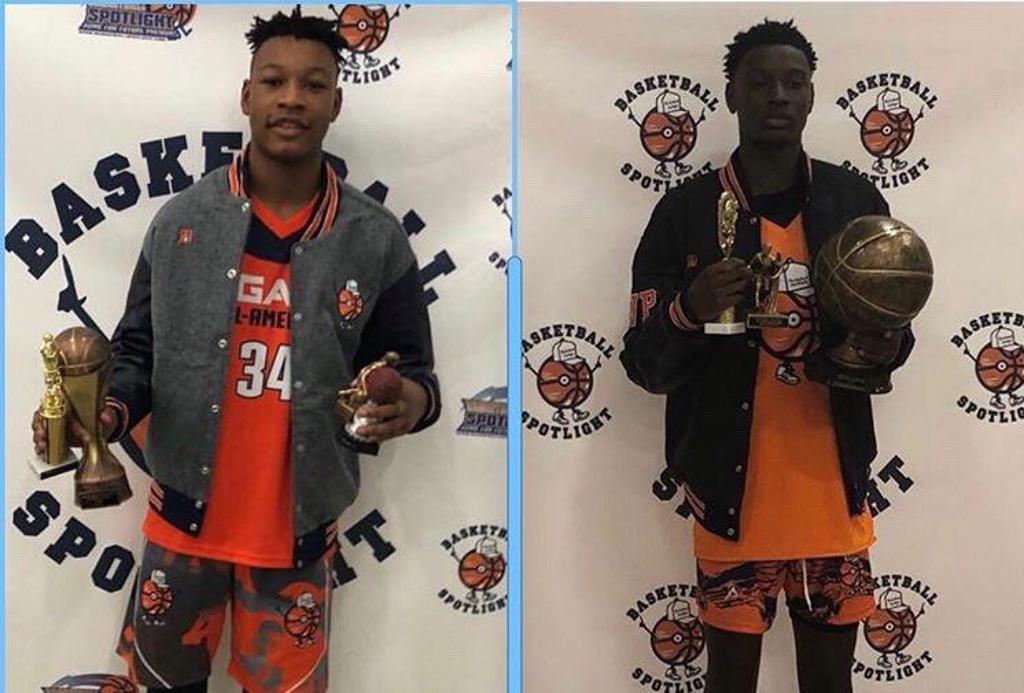