Bates Fundamentals is Changing the Game

At the Hype Sports Chicago Jam in 2015, D-Rich TV put out the first mixtape of a 6'3 sixth grader that nationally people were unaware of. In the championship game, the then 6'3 sixth grader named Emoni Bates dropped 27 points leading the Toledo Wildcats to a championship win over Roc Solid.

Bates has been on the youth scene radar even since the Chicago event but his rise to stardom over the last six months has been astronomical on a national scene. For those who follow elementary and middle school basketball, most seen this coming but your average basketball fan don't begin to follow non-NBA player family members until they are high school age. Emoni Bates is being billed as the best high school basketball prospect since Lebron James, and we believe it.

Bates plays on the travel circuit for Nike EYBL sponsored Bates Fundamentals, a youth basketball organization founded and owned by his father E.J. Bates. The Bates Fundamentals program is based out of their home state in Michigan. They began play on the Nike circuit in 2018 on the 15s with Emoni playing up a grade as an 8th grader. This past season they again played 15s but also they decided to take the program to the next level last year and expanded out taking the former Flint Town Elite Runnin' Rebels 2025 team under their wing early during the travel season. They finished ranked inside the top 25 for the class of 2025 in the final season rankings at number fifteen.

With Emoni Bates being arguably the biggest name in basketball for the next 20 years, they are looking to keep the Bates name strong in youth basketball with the Bates Fundamentals name. Emoni Bates is going to be on every billboard and TV screen across America so the appeal to every star basketball player who resides in Michigan or a border state to play for the same program that Emoni Bates has his hands on will be a desire of almost every kid.

News broke last week across the youth basketball scene that not only will Bates Fundamentals have their 2025 team from this past season, they have also gained the nations #1 team in that class for the 2020 season, Reach Dream Team. Outside of Team Takeover, if my memory serves me correct, we haven't seen two nationally ranked teams in the same class from the same program before. Why would one do this some will ask? The answer is simple, VISIONARY, they are building not only for now but for the long term.

At Coast 2 Coast Preps we focus on elementary and middle school basketball and multiple times a week we get asked, why rank kids now because it has no indication on their future ranking, the only ranking that matters is ESPN in high school

We respectfully dis-agree. It does matter but also those individuals are correct in that you never know who is going to pan out in the future. What players are going to grow, which are going to focus on other sports or just not play in general?

The Bates Fundamentals program realizes that if they have 20 top players in one grade in their program currently that they all can't play on the same team. So why limit themselves to a select few, they have decided to provide multiple elite teams in the same grade and provide development and opportunities to each that eventually the cream will rise to the top and in high school for the EYBL they have many more kids to choose from. grade

Bates Fundamentals isn't just focusing on the 2025 class in their youth program as they are going to have top teams from from the classes of 2024 (8th grade) through 2030 (2nd grade) in addition to their high school teams. More breaking news occurred yesterday in that Coach Sam of The Family is moving his program to Bates Fundamentals which is a ground breaking move in Michigan and the Midwest. Coach Sam has some of the best talent in the classes of 2026, 2027, 2028, 2029 and 2030 nationally.

As the 2020 travel season approaches, there is no doubt that the Bates Fundamentals name is going to be everywhere. Their goal is to be the top program in the nation from top to bottom. It is to early to crown them yet but as we look into our crystal ball for a year from now and we are discussing the top basketball programs from high school to elementary we anticipate their name being right there with Team Takeover, Team Thrill and Houston Hoops Blue Chips.

In 2020, Bates Fundamentals will field the following teams. 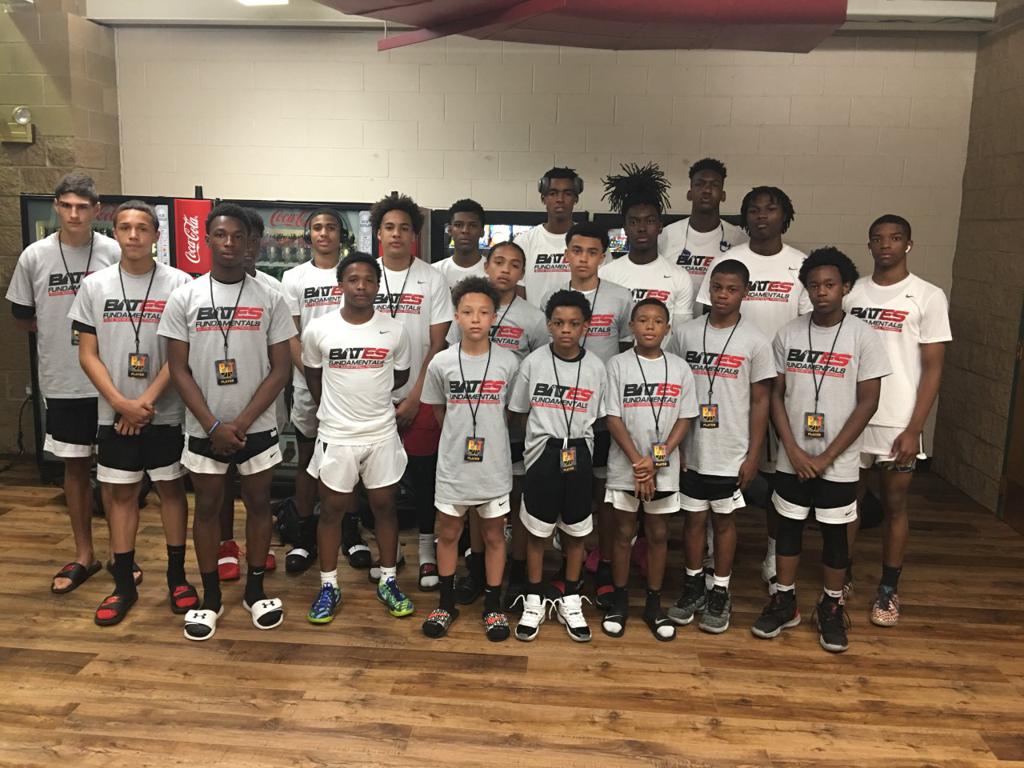